People don’t realize how amazing Diagon Alley at Universal Studios Orlando really is. The sights, the sounds, the true-to-the-movie details just make it a place where everyone in the family can find their own brand of magic.

Finding The Magic In Diagon Alley At Universal Studios Orlando:

Earlier this month, I talked about how amazing Hogsmeade is at Universal Studios Orlando. We took the Hogwarts Express from Hogsmeade to Diagon Alley. That was an amazing experience all by itself. Once we came through the wall at Platform 9&3/4, the amazing sights and sounds were upon you.

Of course, the very first thing that catches your eye as you walk down Diagon Alley is Gringotts Bank. And its iconic dragon on top.

Of course, we waited around until it spit fire, but unfortunately, I did not get a good picture without someone’s head in the shot. Diagon Alley at Universal Studios Orlando can get really crowded really fast, so make sure you keep your eyes on your littles. Well, I guess it should also be noted for crazy picture-taking wives too. Just ask my family!

We took the time now to ride the famous Escape From Gringotts ride. While the queue line can be extremely long, you don’t really notice because you are so busy taking in the sights and sounds.

As you are standing there, you are almost holding your breath to see if a dragon is going to come bursting out of the floor, with Harry, Ron, and Hermione on its back.

After we were done with the ride, we took a quick jaunt through Knockturn Alley.

It really is dark and creepy down there, especially if you run into this guy.

Borgin and Burkes in Diagon Alley at Universal Studios Orlando was a really cool & creepy place to visit! It was really nice to come back into the sunshine at the other end of Knockturn Alley.

As we were strolling around, it was need to see the different parts of the movie.

And a stroll through Diagon Alley isn’t complete until you listen to Celestina Warbeck and the Banshees. Don’t worry, no bad singing here!

Of course, we took the time to stop at Ollivander’s to have a wand choose us. Three interactive wands later, we were fully immersed in some magical fun. Notice I don’t have any pictures of that because I was too busy playing with a wand too.

So once we were done playing, we were off to my favorite place about Diagon Alley at Universal Studios Orlando. Recognize this place?

Yup, only the shop of my two favorite mischief makers(our cats are named after them), Weasley’s Wizard Wheezes. I can’t even tell you how much fun this place is. I will let the pictures do all the talking.

Needless to say, we walked out of there with a bunch of goodies.

On our way out of Diagon Alley, we took a few minutes to visit Grimmauld Place.

And see a familiar face in the window.

And one last attraction:

I wanted to fall to the ground with my wand hand out just to hitch a ride!

After that, we were pretty pooped out, so we headed back to the Loews Royal Pacific to rest and relax before our evening fun. Staying at an on-site hotel is a great decision when you want to rest in the afternoon. Less than 10 minutes away(and that is walking), it is the perfect solution.

So there you have it. A magical place that you see and feel and touch!

When will you be visiting Diagon Alley at Universal Studios Orlando? 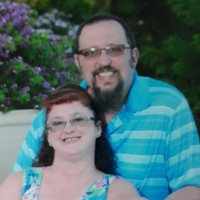 Get quality meats shipped directly to your front door!

trekkingandtasting.com is also a participant in the Amazon Services LLC Associates Program, an affiliate advertising program designed to provide a means for sites to earn advertising fees by advertising and linking to Amazon.com. As an Amazon Associate I earn from qualifying purchases you make, using these links does not cost you more!

Love is all you need. And Chocolate. And coffee. Must have coffee. Maybe some wine.

This website uses cookies to improve your experience while you navigate through the website. Out of these, the cookies that are categorized as necessary are stored on your browser as they are essential for the working of basic functionalities of the website. We also use third-party cookies that help us analyze and understand how you use this website. These cookies will be stored in your browser only with your consent. You also have the option to opt-out of these cookies. But opting out of some of these cookies may affect your browsing experience.
Necessary Always Enabled

Any cookies that may not be particularly necessary for the website to function and is used specifically to collect user personal data via analytics, ads, other embedded contents are termed as non-necessary cookies. It is mandatory to procure user consent prior to running these cookies on your website.